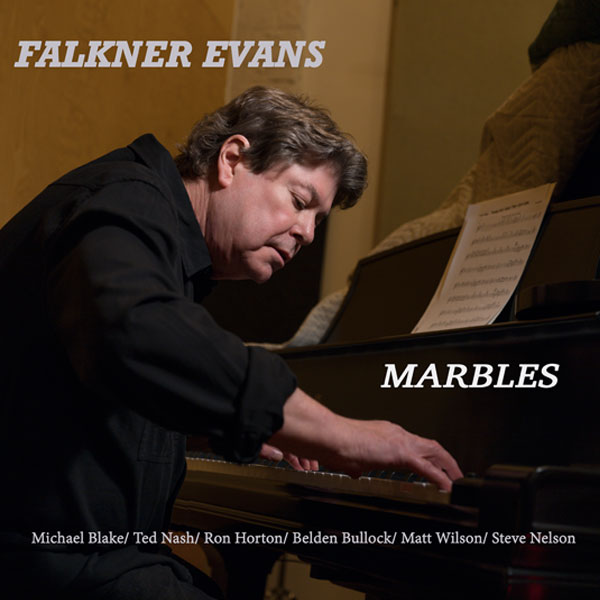 Originally from Tulsa, Oklahoma, Falkner Evans is a New York-based pianist with an eclectic musical background. A third cousin to iconic author William Faulkner, Evans grew up on classic 60s rock and R&B before getting hooked on jazz in high school.

After touring for four years with the Grammy-winning western swing band Asleep at the Wheel, he moved to New York City in 1985. In 2001 Evans made his debut as a leader with Level Playing Field. Two more trio dates followed – Climbing The Gates and ARC – before Evans expanded his horizons in 2011 with the quintet outing The Point Of The Moon.

His 2020 release of Marbles continues to highlight his deftly tailored compositions and his singular voice at the piano.

“The music—nine Falkner originals and an album-closing snippet of ‘Things Ain’t What They Used To Be’—is flush with ensemble interaction, and Evans and company do a brilliant job blending the intimacy of a piano trio with the dynamic flash and larger tonal palette made possible by the additional instrumentation…. Evans proves himself an expert orchestrator with a knack for voicing three-part harmony and combining brass and woodwind timbres in unexpected, yet extremely effective, ways.”
— Ed Enright, DownBeat