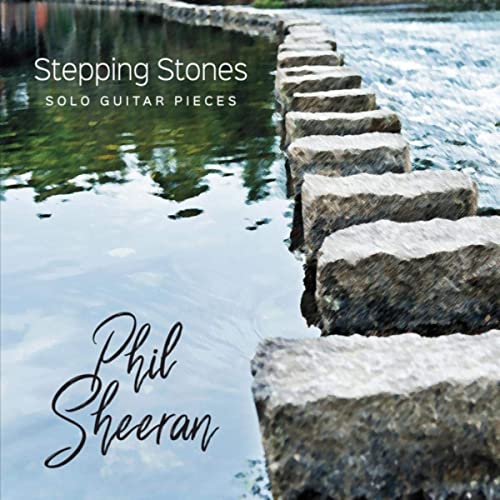 Phil Sheeran has established himself as a guitarist and composer with the national international release of 5 solo albums, The Marc Anthony Latin Guitar Tribute CD, plus two holiday albums, and his most recent release: “Stepping Stones”.

Phil’s educational background is in jazz, classical and Brazilian music.
He Graduated from Cornish Institute of the Arts, Seattle, WA with a BFA in music, Jazz composition and performance. After College he started performing with vocalist Samia Panni and together they formed the band “Beija Flor” performing jazz pop versions of Brazilian music.

Phil signed with Sonic Edge Records of Los Angeles, California in 1990. With 1991 came the release of “Standing on Fishes which climbed up the charts to number 4 NAC.
Phil was nominated by NAMA (Northwest Area Music Assoc.) both in 1991 & 1992 for Best Jazz Artist, Best Jazz Recording and Best Electric Guitarist.

“With Sheeran there’s always more than meets the eye just as he eases our expectations with gentle declarations the guitarist fires up to explosive effect.” Jonathan Widran, JAZZIZ, USA